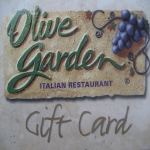 Olive Garden is an American restaurant chain specializing in Italian-American cuisine. Based in Orlando, Florida, the company is owned by Darden Restaurants, Inc., which was spun off from General Mills in 1995 and which also operates Red Lobster, Bahama Breeze, Seasons 52, Capital Grille, and LongHorn Steakhouse. The first Olive Garden was opened by General Mills on December 13, 1982, in Orlando. By 1989, General Mills had opened 145 restaurants, making it one of the fastest-growing units in the company’s restaurant holdings. While not a critical success, it was popular, and its per-store sales soon matched sister company Red Lobster. The company eventually became the largest chain of Italian-themed full-service restaurants in the US.[1]
As of 28 October 2009Â (2009 -10-28)[update], there are 700 restaurants. Most Canadian restaurants have been closed except for a few in Winnipeg, Manitoba; Calgary, Alberta; Edmonton, Alberta; and Langley, British Columbia. (Some were converted to East Side Mario’s restaurants.) Newer restaurants are styled after a farmhouse in the town of Castellina in Chianti, Tuscany, on the grounds of the Rocca delle Macie winery. The farmhouse is home to the Riserva di Fizzano restaurant adjoining the Culinary Institute of Tuscany, which is led by executive chef Romana Neri.

Tags: None
400 total views, 1 today
fsgeek
Legal Stuff:Freestuffgeek.com does not claim to or imply to be directly affiliated with the manufacturer(s), brand(s), company(s) or retailer(s) of the products listed on this web site, and in no way claim to represent or own their trademarks, logos, marketing materials, or products. None of the companies that produce, manufacture, promote, or distribute the products listed on this website own, endorse, or promote freestuffgeek.com in anyway. FreeStuffGeek.com provides a removal request form for any party that believes that their work has been copied in a way that constitutes copyright or trademark infringement, or their intellectual property rights have been otherwise violated.