Get a free sample of EAS energy bar 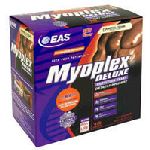 15 grams of protein, 22 vitamins and minerals in this great and tasty bar. Why not try it for free.

EAS was founded in Pacific Grove, Monterey County, California in 1992 by a biochemist named Anthony Almada, and a businessman named Ed Byrd . After discovering the possible benefits for athletes of creatine monohydrate supplementation, in December 1992 they acquired a kilogram of creatine and began trials on themselves.

In 1993 Almada and Byrd released the first commercially available[citation needed] creatine supplement designed specifically for strength and muscle enhancement under the EAS brand name Phosphagen. That same year their discovery caught the eye of Bill Phillips, publisher of Muscle Media 2000 (usually referred to as “MM2K”), and he began to write about its benefits in the “Natural Supplement Review” and his subscriber based newsletters. Phillips was so impressed that in 1994 he purchased EAS from Almada and Byrd.

Phillips’ loyal subscriber base was the perfect platform to which to tout his new acquisition, and it was from here that EAS growth really began. He promoted the company’s products through heavy editorial-style advertisements in MM2K, and led by flagship products like Myoplex, Phosphagen and HMB this would eventually put EAS at the forefront of the nutritional supplement industry.

In 1999, Phillips sold his majority interest in EAS (though he remained on the Board of Directors for a number of years afterward) to a private equity firm and concentrated on his writing and on promotion of his books through his publishing company, High Point Media. In 2004, he completely sold his remaining interest and is no longer involved with EAS.

In 2005 EAS was purchased by Abbott Laboratories and now exists as a solely-owned division of Abbott, who also make Similac and Ensure. EAS’ product line under Abbott now focuses on sports bars and drink mixes, and other similar products. Abbott has expanded the stores offering EAS products from niche stores such as GNC to mainstream stores such as Wal-Mart and Target.