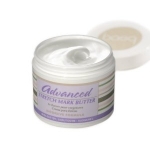 Tags: None
441 total views, 1 today
fsgeek
Legal Stuff:Freestuffgeek.com does not claim to or imply to be directly affiliated with the manufacturer(s), brand(s), company(s) or retailer(s) of the products listed on this web site, and in no way claim to represent or own their trademarks, logos, marketing materials, or products. None of the companies that produce, manufacture, promote, or distribute the products listed on this website own, endorse, or promote freestuffgeek.com in anyway. FreeStuffGeek.com provides a removal request form for any party that believes that their work has been copied in a way that constitutes copyright or trademark infringement, or their intellectual property rights have been otherwise violated.