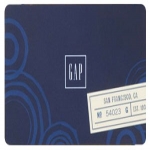 The Gap, Inc. (NYSE:  GPS) is an American clothing and accessories retailer based in San Francisco, California, and founded in 1969 by Donald G. Fisher and Doris F. Fisher. The company has five primary brands: the namesake Gap banner, Banana Republic, Old Navy, Piperlime and Athleta. As of September 2008, Gap, Inc. has approximately 135,000 employees and operates 3,076 stores worldwide, of which 2,551 are in the United States. Gap, Inc. remains the largest specialty apparel retailer in the U.S., though it has recently been surpassed by the Spanish-based Inditex Group as the world’s largest apparel retailer. Despite the company’s publicly traded status, the Fisher family remains deeply involved in Gap, Inc.’s business and collectively owns a significant quantity of the company’s stock. Donald Fisher served as Chairman of the Board until 2004 and remained on the board until his death on September 27, 2009. His wife and their son, Robert J. Fisher, also serve on Gap’s board of directors. Robert Fisher succeeded his father as chair in 2004 and also became president and CEO on an interim basis following the resignation of Paul Pressler in 2007. Glenn K. Murphy is the current CEO of the company. Previous Gap, Inc. CEOs include Millard Drexler and Paul Pressler.

Tags: None
478 total views, 1 today
fsgeek
Legal Stuff:Freestuffgeek.com does not claim to or imply to be directly affiliated with the manufacturer(s), brand(s), company(s) or retailer(s) of the products listed on this web site, and in no way claim to represent or own their trademarks, logos, marketing materials, or products. None of the companies that produce, manufacture, promote, or distribute the products listed on this website own, endorse, or promote freestuffgeek.com in anyway. FreeStuffGeek.com provides a removal request form for any party that believes that their work has been copied in a way that constitutes copyright or trademark infringement, or their intellectual property rights have been otherwise violated.