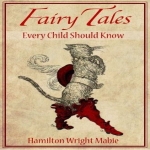 A fairy tale is a type of short story that typically features folkloric characters, such as fairies, goblins, elves, trolls, dwarves, giants or gnomes, and usually magic or enchantments. However, only a small number of the stories refer to fairies. The stories may nonetheless be distinguished from other folk narratives such as legends (which generally involve belief in the veracity of the events described) and explicitly moral tales, including beast fables. In less technical contexts, the term is also used to describe something blessed with unusual happiness, as in “fairy tale ending” (a happy ending) or “fairy tale romance” (though not all fairy tales end happily). Colloquially, a “fairy tale” or “fairy story” can also mean any far-fetched story or tall tale. In cultures where demons and witches are perceived as real, fairy tales may merge into legends, where the narrative is perceived both by teller and hearers as being grounded in historical truth. However, unlike legends and epics, they usually do not contain more than superficial references to religion and actual places, people, and events they take place once upon a time rather than in actual times. Fairy tales are found in oral and in literary form. The history of the fairy tale is particularly difficult to trace because only the literary forms can survive. Still, the evidence of literary works at least indicates that fairy tales have existed for thousands of years, although not perhaps recognized as a genre the name “fairy tale” was first ascribed to them by Madame dAulnoy in the late 17th century. Many of todays fairy tales have evolved from centuries-old stories that have appeared, with variations, in multiple cultures around the world. Fairy tales, and works derived from fairy tales, are still written today.

Tags: None
406 total views, 2 today
fsgeek
Legal Stuff:Freestuffgeek.com does not claim to or imply to be directly affiliated with the manufacturer(s), brand(s), company(s) or retailer(s) of the products listed on this web site, and in no way claim to represent or own their trademarks, logos, marketing materials, or products. None of the companies that produce, manufacture, promote, or distribute the products listed on this website own, endorse, or promote freestuffgeek.com in anyway. FreeStuffGeek.com provides a removal request form for any party that believes that their work has been copied in a way that constitutes copyright or trademark infringement, or their intellectual property rights have been otherwise violated.