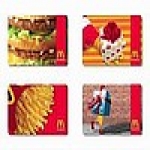 McDonalds Corporation (NYSE MCD) is the worlds largest chain of hamburger fast food restaurants, serving around 64 million customers daily. Headquartered in the United States, the corporation was founded by businessman Ray Kroc in 1955 after he purchased the rights to a small hamburger chain operated by the eponymous Richard and Maurice McDonald. A McDonalds restaurant is operated by either a franchisee, an affiliate, or the corporation itself. The corporations revenues come from the rent, royalties and fees paid by the franchisees, as well as sales in company-operated restaurants. McDonalds revenues grew 27 percent over the three years ending in 2007 to $22.8 billion, and 9 percent growth in operating income to $3.9 billion. McDonalds primarily sells hamburgers, cheeseburgers, chicken, french fries, breakfast items, soft drinks, shakes and desserts. In response to changing consumer tastes, the company has expanded its menu to include salads, wraps, smoothies and fruit. The business began in 1940, with a restaurant opened by brothers Richard and Maurice McDonald in San Bernardino, California. Their introduction of the “Speedee Service System” in 1948 furthered the principles of the modern fast-food restaurant that the White Castle hamburger chain had already put into practice more than two decades earlier. The original mascot of McDonalds was a man with a chefs hat on top of a hamburger shaped head whose name was “Speedee.” Speedee was eventually replaced with Ronald McDonald by 1967 when the company first filed a U.S. trademark on a clown shaped man having puffed out costume legs.